is part of the Informa Markets Division of Informa PLC

This site is operated by a business or businesses owned by Informa PLC and all copyright resides with them. Informa PLC's registered office is 5 Howick Place, London SW1P 1WG. Registered in England and Wales. Number 8860726.

IEHA, a Division of ISSA

Focused on providing industry professionals with knowledge and resources in all aspects of cleaning, business, customer service, and communications to help you become an efficient and effective leader.
IEHA is a 1,300-plus professional member organization for those employed in Environmental Services or Facility Housekeeping at the management level.

By being a member of IEHA, you have the opportunity to earn a professional credential(s) online or in a face to face environment. View just some of the many learning opportunities available to you:

IEHA, a Division of ISSA

The International Executive Housekeepers Association, also commonly referred to as IEHA, a Division of ISSA - is a 1,300-plus professional member organization for persons employed in facility housekeeping at the management level. The organization was founded in 1930 in New York City and is now located in Westerville, Ohio, a suburb of the state’s capital, Columbus. Executive Housekeepers are managers who direct housekeeping programs in commercial, industrial, or institutional facilities. They supervise staff ranging from a few to several hundred people and handle budgets from a few thousand dollars to millions.

Plan for the Show

Choose the All-Access Pass for all access to facility manager and in-house service provider sessions, specialty events, and the trade show floor.

Mart Plaza is the hotel headquarters for IEHA evening events, but other properties are also available. onPeak is the official hotel provider; book early for best selection and price.

The facility managment and in-house service provider track has sessions and events just for you with topics like hiring challenges, employee engagement, and customer service.

Look for the IEHA Booth 3638 on the trade show floor.

Being an IEHA member has truly afforded me many opportunities to meet very knowledgeable executives operating large and small facilities. IEHA has helped me to learn the technical side of the very important and rewarding work we do daily, maintaining the cleanliness of all types of facilities. As a member of IEHA Peach State Chapter, I am now working on my IEHA Certification. Not only has this process been very educational, but it will also make me more marketable in the workplace, and I now feel that I have a career, not just a job.

IEHA has opened a new world for me. It is an excellent arena for knowledge and networking. IEHA is a place of professionalism and is surrounded by experts throughout the industry.

IEHA networking (chapter to national level) has been value throughout the years.  Members have been helpful by answering my questions, giving support, and presenting me with new ideas and techniques. Many of the educational programs provided by the chapter and national level have been on the cutting edge.

IEHA has done so much for me, it is really hard to pinpoint one area, but I can truly say I have learned so much through seminars and stories printed in the great IEHA magazine, Executive Housekeeping Today. IEHA has changed my whole outlook on the management side of environmental and housekeeping services. I have cut my total budget in half and my retention rate is 100% better. It is one organization I would encourage all companies that are looking to save money to join. You will increase your bottom line by 50%.

Dr. Patterson has been in healthcare since 1988.  She is a licensed Registered Nurse, Board Certified Nurse Practitioner, and Physician Assistant.

She has worked in the healthcare arena in various capacities.  Most recently she has served as:

Katie Pisciotta has developed her self as an integral player in the efforts to preserve health in an increasingly unhealthy world. With a passion for diagnostics, Katie strives to achieve enduring results in the field of public health.

From the start, Katie knew she wanted to make a difference, but how? Her first approach was at the New York Institute of Technology where she earned a B.S in Sociology/Social Work. Her work to integrate communication across levels of care and improve adherence to protocol received an Award of Excellence in the Field by NYSOMH. It was just the beginning.

Digging deeper, Katie went on to earn a B.S. in Public Health/ Community Health education at Stony Brook University. Her work in the field of nutrition, studying the effects of food choices on overall capacity to fight infectious disease, and improve immunity toward common illnesses applied a closer look in her search for answers.

Attending the Mailman School of Public Health at Columbia University, she earned her Executive Master of Science in Epidemiology with a focus on disaster management and emergency protocols. She could not stop there. The unanswered questions continued to drive her motivation to affect public health policy, improve community awareness, and incident command systems through epidemiological study lead her to obtain the Doctoral degree of Public Health in Epidemiology at Columbia University. It is with a thesis centralized around Hospital-Associated Infections that she gained momentum in her research. Now utilizing this knowledge to improve patient outcomes and decrease morbidity and mortality associated with infectious diseases.

Katie continues her studies at George Washington University in Epidemiology and Global Health Research, in hopes of pursuing a fellowship at Harvard University allowing her to continue confronting the challenges of infection control in various settings, and the improvement of understanding and innovation across all levels of infection control practices.

Known as the ‘Hospitality Sharp Shooter’, Ashli Johnson’s professional career includes over 15 years of leadership, consulting, and academic experience with top hospitality brands. As Chief Experience Officer, she founded the Urbane Hospitality Group, a service engineering consulting practice in 2010. A fierce champion for inclusion in hospitality, she is the founder of Hospitality Leaders Today – HLT100 as a leadership development program for underrepresented minorities in 2016, and has served on several industry boards and committees for organizations such as the American Hotel & Lodging Association, Florida Restaurant & Lodging Association and the National Society of Minorities in Hospitality. An active contributor in the hospitality space, Ms. Johnson is a frequently sought after speaker. She has worked for, partnered with, and consulted on projects with leading brands including Marriott International, Hilton Worldwide, The Walt Disney Company, and Audi of America; in addition to hundreds of independent hospitality-focused entrepreneurs.

Ms. Johnson is a hospitality graduate of the University of West Florida and holds a Master’s degree in Hospitality and Tourism Management with a focus in Hotel Investments from Florida International University’s Chaplin School of Hospitality Management. Though she travels frequently pursuing the work she loves, she currently is based in San Antonio, Texas.

Jack McGurk is President of Systems Improvement Initiators, Inc. (Si3) a consulting firm specializing in assisting companies, hospitals, and healthcare facilities to improve their operations, reduce employee injuries, implement cost-effective environmental improvements, and increase workplace morale.  Mr. McGurk retired in August 2004 from the California Department of Health Services where he served as the Chief of the Environmental Management Branch.  In his former position, he was responsible for the oversight of eight environmental health programs including medical waste management, shellfish growing water sanitation, the clean-up of radiation from closing military bases, environmental health inspections of the state-owned institutions such as prisons, hospitals and fairs, providing emergency preparedness and response to the nuclear power plants operating in California, and recreational health.

Mr. McGurk has a Bachelors degree in Biology and a Masters degree in Public Administration.  He has been employed in the public health field for 52 years, working for health departments at both the county and state levels, and consulting in the healthcare industry.  Mr. McGurk played a key role in developing the legislation that became the California Medical Waste Management Act and during 2014 and 2015 he worked on legislation to update the Act.  Mr. McGurk developed and led a pollution prevention project with California hospitals to reduce the solid and medical wastes they generate and eliminate mercury from their waste streams.  This effort reduced the mercury in the hospitals of one major California health system by 93 percent and assisted hospitals in saving money through the implementation of new efficient technologies.  Mr. McGurk was honored by Region IX of the U.S. Environmental Protection Agency by receiving a 2004 Environmental Award for Outstanding Achievement for leading these efforts.

Recently, Mr. McGurk has been working with hospitals to improve their cleaning of patient care areas in an effort to reduce healthcare-acquired infections.  He serves as the Executive Director of the non-profit Hospital Alliance Association (HospAA); helping to train EVS managers and workers.

Mr. McGurk is a Past President of the California Environmental Health Association.  He also served for 20 years as a member of the Environmental and Public Health Council of Underwriters Laboratory and is currently a board member of the Community Foundation of Orangevale and Fair Oaks.

As the premier global association for Environmental Services and Housekeeping organizations, IEHA provides members with an array of channels through which they can achieve personal and professional growth. Preview just some of the many resources available to members of IEHA: 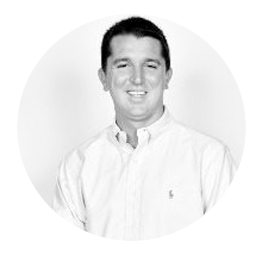 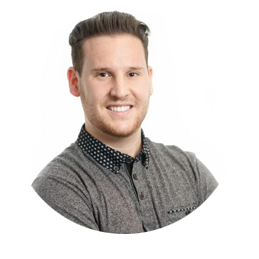 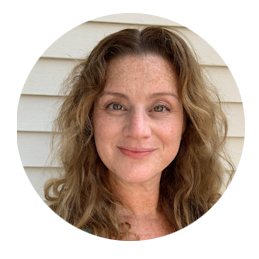 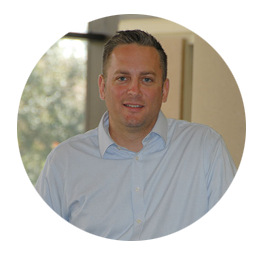 The mission of ISSA Show North America is to be the leading resource for information, education, innovation, networking, and commercial opportunities for firms within the worldwide cleaning industry. It’s where leaders gather to transfer knowledge and create cutting edge solutions to push the industry forward. In doing so, we leverage the strength of a global community to change the way the world views cleaning – increasing the appreciation for cleaning as an investment in human health, the environment, and an improved bottom line.

ISSA is the world’s leading trade association for the cleaning industry. The association is committed to changing the way the world views cleaning by providing its more than 9,300 member organizations with the business tools they need to promote cleaning as an investment in human health, the environment, and an improved bottom line. To learn more, visit www.issa.com.